10 Beautiful Flowers of Spain You Can Grow Locally

Spain, which is located between France in the East and Portugal in the West, is a country known for its abundance of fantastic flower species. And here we reveal some of the gorgeous flowers of Spain

Flowers are a part of Spanish culture because the fields of these beautiful flowers are the most amazing sights to behold in Spain.

You will find them in the streets and buildings decorated with gorgeous vines of purple and pink flowers.

Here are some of the traditional Spain flowers you could choose from to grow locally.

It is a symbol of the passion of Christ as it represents the crown of thorns. After roses, the red carnations are the second most popular type of flowers.

The scientific name of the pomegranate flower is Punica granatum. It is Spain’s official flower and is found in several motifs for literature and art. The City of Granada was named after the pomegranate, and so it exhibits tremendous importance.

To top it up, various fruit images are found along the walls, and the streets of the city, and the pomegranate flower is popularly used for floral arrangements and decorations.

Pomegranate flowers are tolerant to drought, making them highly suited for mild desert climates. They grow well in areas with sunlight and can tolerate a considerable amount of alkalinity. They also prefer well-drained loam soil.

The Spanish bluebell is scientifically known as Hyacinthoides hispanica. These flowers can be found worldwide, but there are none quite as resilient as the Spanish variety. They are from the lily family and are primarily found in Spain and Portugal.

They grow best in areas with good access to sunlight. They also can do a bit better in areas with partial shade. Spanish bluebells prefer humus-rich soils, moist well-drained soil which does not dry out in summer.

They can be grown in flower beds or borders or in containers.

Lantana’s scientific name is Lantana camara. Lantana flowers are known to bring vibrant colors to any garden. Lantana flowers grow throughout the year and are highly constant in bloom, making them readily available for decorations. They bloom in various colors such as; red, lavender, yellow, white, and orange.

Lantanas grow best in sunny locations with well-drained and slightly acidic soils. Drainage is essential as the lantana does not live long with wet roots.

They grow best during the spring season before they bloom as they prefer warm temperatures. They are tolerant to dry conditions.

The scientific name for water lily is Nymphaeaceae. Water lilies in Spain grow in pink varieties. Most homes and hotels with ponds in Spain have water lilies growing in them. Spanish people believe that the water lilies bring a glamorous vibe to any habitat.

These are aquatic plants that require calm and still water. You do not need a pond to grow water lilies as you can use, for instance, a big tub like a stock tank. They require water temperature above 70 F.

They are best planted between late spring and late summer in direct sunlight.

Poppy flower’s scientific name is Papaver. This type of flower grows best in wildflower meadows all over the Spanish countryside. They were first discovered on the mountainsides of Spain.

They are drought-tolerant and require direct sunlight as well as well-drained fertile soils.

Poppy flowers can adapt to any climatic conditions, but they grow poorly in areas with too much water retention.

The botanical name for the Valencia red rose flower is Rosa Valencia. This flower is highly treasured by many residents of Olivia Nova in Valencia, Spain.

They regard it as a symbol of everlasting love. This makes it popular among couples. Its roses are pretty striking when the flower blooms, which is all that takes to make a woman swoon.

They require enough sunlight for at least 6 hours a day, moist and well-drained soils rich in organic matter and partial shade.

The Valencia red rose also needs to be properly watered, especially during summer.

The bougainvillaea is scientifically known as Bougainvillea glabra. It is widely used in Spain for decorating pathways, homes, and gardens. This flower is delicate and comes in varieties of colors, pale violet, and vivid colors. It is quite eye-catching as well as unique.

Bougainvillaea flowers require a frost-free climate. They need at least 6 hours of sunlight and they grow well in sunny sheltered areas. They look gorgeous growing against a building or fence.

Gazania also known as Gazania rigens is primarily found in the dry and sunny areas of Spain (Olivia Nova in Valencia specifically). The gazania flowers look similar to the daisy and come in a variety of yellow and orange colors.

They grow in hot, sunny areas and moderately fertile soils. They grow best in coastal and gravel areas.

Scientifically known as Pelargonium, geranium is also a popular flower in Spain. They are mostly used as bedding plants and can also be grown indoors, mostly in hanging baskets. They come in a variety of colors such as white, purple, pink, and blue.

Geraniums need plenty of sunlight. However, a little bit of shade may is recommended.  They also require well-drained soils.

What is the National Flower of Spain?

The red carnation is the national flower of Spain.

These flowers of Spain are pretty something—no wonder the country of Spain remains among the most beautiful countries in the world. With the stunning variety of colors to choose from, they are best for decorations and tend to brighten up the environment.

The best time to see these beautiful flowers is to visit during the early or late spring seasons. But you don’t have to visit Spain to see these native Spanish flowers since you can also grow them locally. 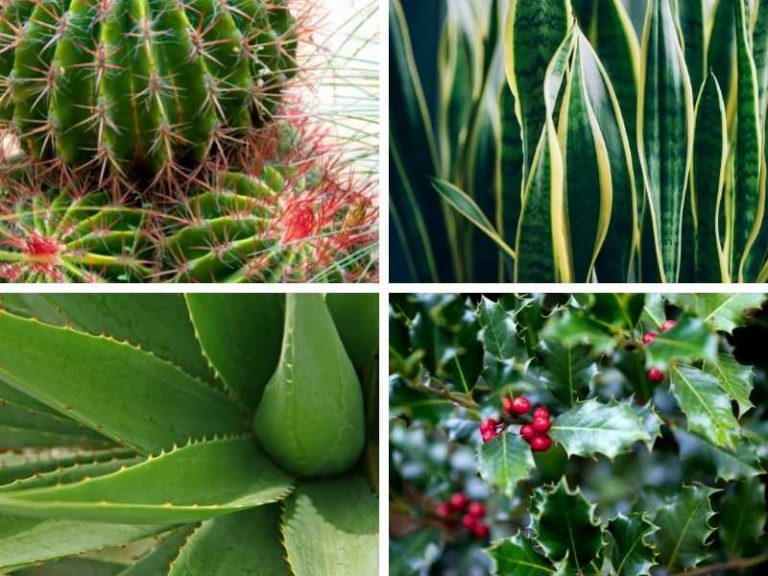 Amazing Plants that Have Spiky Leaves Plants with spiky leaves can add interest and security to your yard or garden, often preventing animals and intruders from breaching the sanctuary of your property. When adding plants to your indoors, spiky leaved plants can add interest to your other greenery and help provide a more calming and… 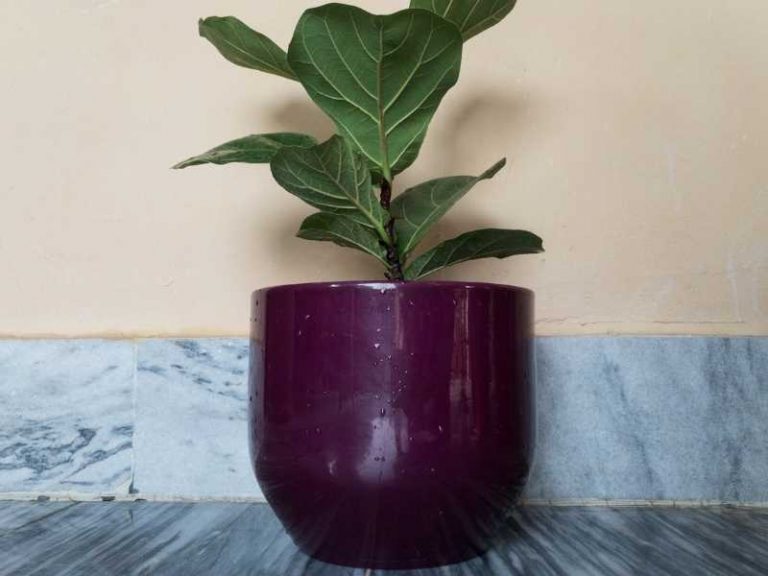 Best Planters for Fiddle Leaf Figs (Ficus Lyrata) Fiddle leaf figs are some of the most gorgeous plants out there. You can turn your living space into a zone of beauty and tranquillity by putting up a fiddle leaf fig. The aesthetic impact created by the plant is only half the wow factor. The other… 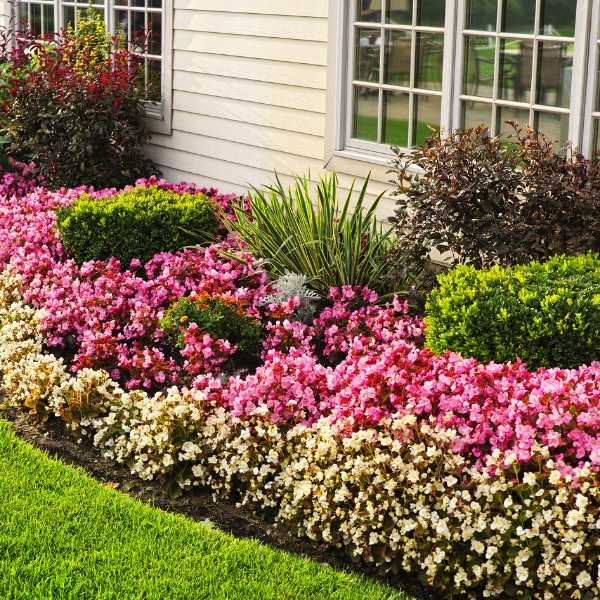 Backyard Flower Garden Ideas and Pictures for Inspiration Are you looking for backyard flower garden ideas that are perfect for beginners and anyone who loves gardening? If yes, then I’m happy to tell you that you’ve come to the right place. Not only will this post discuss some simple flower garden ideas, but it will…

Sansevieria Leaves Splitting – 6 Reasons + Fixes Thanks to the striking foliage, this is one of the most popular indoor ornamental plants. The snake plant is also an adored houseplant as it requires minimal maintenance. However, excessive neglect or improper caring may lead to some issues. Snake plant leaves are sturdy but still susceptible… 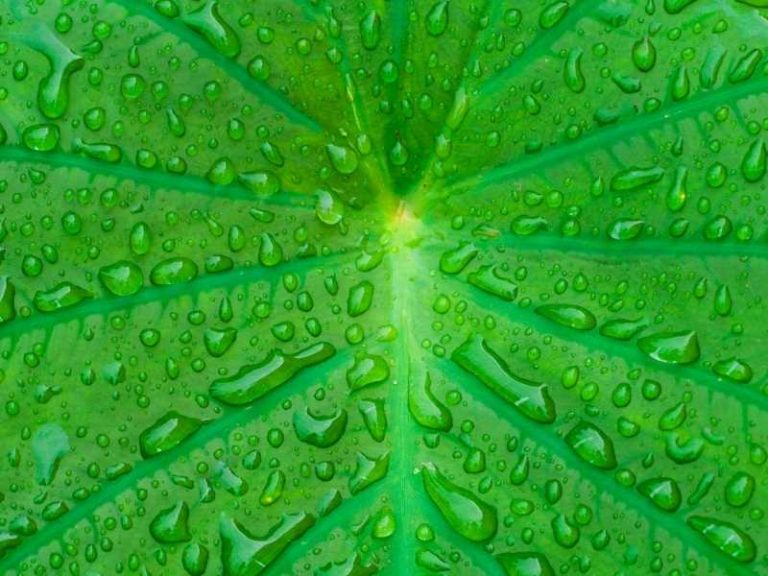 Elephant Ear Plant Dripping Water – Why and What to Do About It? If you want to grow a lush green garden with elephant ears, you need to create the ideal environment. This means ensuring that they receive a lot of bright, indirect sunlight, maintaining the temperature between 60 and 80 degrees Fahrenheit, creating a… 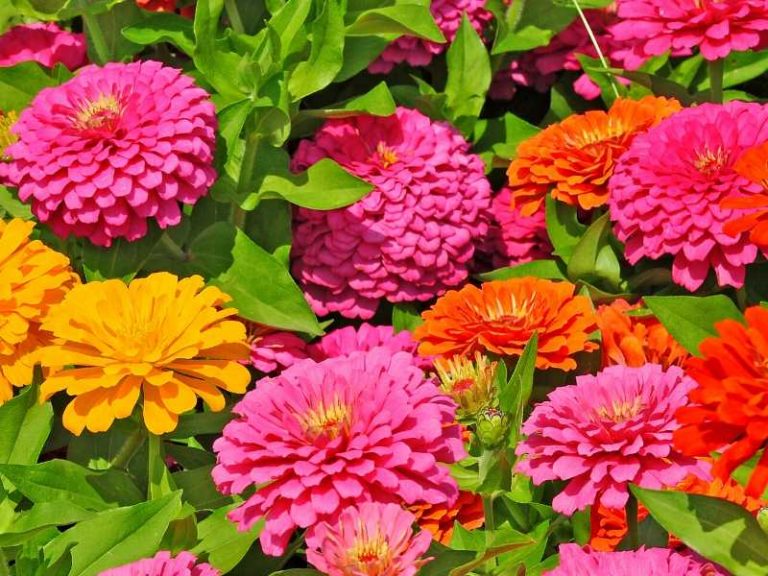